Requirements for testing of smoke detectors vary by country, the common need is for a functional test where smoke, or simulated smoke, is introduced through the vents of the detector to the sensor.

Functional testing is required by all national standards around the world, including BS: 5839, DIN 14675 and NFPA 72. A functional test should be carried out using an appropriate test tool which is designed for purpose and will cause no damage to the detector under test.

There are now two products within the Solo range that allow functional testing of smoke detectors – both of which are approved by leading detector manufacturers: 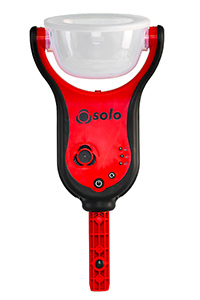 This new method of smoke generation takes the Solo brand to the next level. Solo 365 generates smoke on-demand via non-pressurised smoke cartridges – it’s lighter to use, quicker to test and suitable for more applications.

Inserted in the Solo 365 tester, a Solo ES3 smoke cartridge will produce a detector-friendly smoke compatible with the widest range of detectors.

Fundamental to functional smoke checking for many professionals around the world the Solo 330 contains the test aerosol and ensures that it is applied correctly and contained only where required. Used with the access poles it enables safe testing at heights but is equally valued at low level. 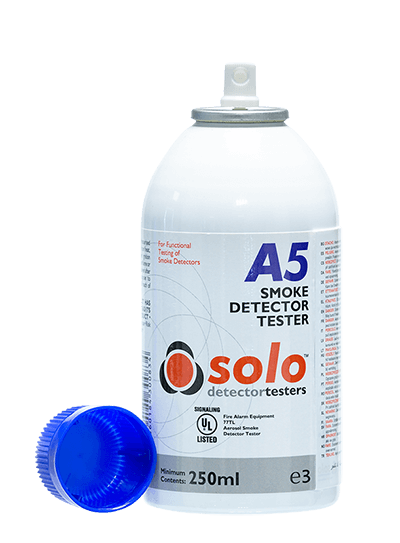 All Solo smoke aerosols are:

Play Solo 365 Video
Your choice regarding cookies on this site

Some cookies are essential, whilst others help us improve your experience by providing insights into how the site is being used. The technology to maintain this privacy management relies on cookie identifiers. Removing or resetting your browser cookies will reset these preferences.